Why has She made Hat-trick? 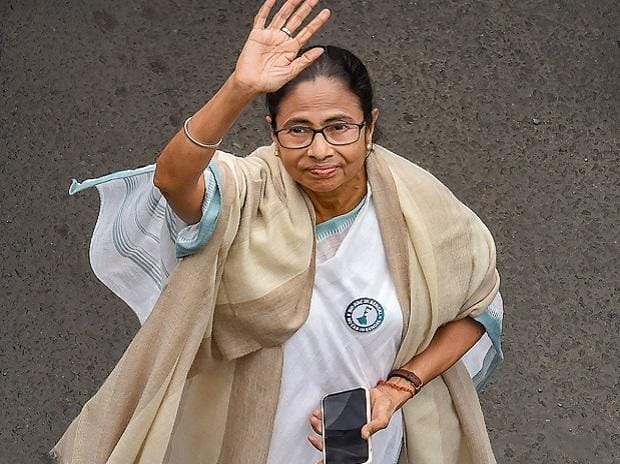 She is a real street fighter. She has already earned the moniker of “ Agni Kanya“. She is the lady who can smell the soil of the land. She can feel the pulse of the people of Bengal. She is the real “ Maradona” in politics who knows how to play dexterously with one leg because she made an entire political campaign in the Assembly Election of West Bengal in 2021 sitting on her wheelchair albeit she was never an armchair politician. She is none other than the “ Mamata Banerjee.

The slogan has already been in the air that “ What Mamata thinks today, India thinks tomorrow“. Ms. Mamata Banerjee has become the messiah of West Bengal. The invincible Mamata has proved that it’s well-nigh impossible for anyone to beat the TMC juggernaut.

Mr. Narendra Modi, the Hon’ble Prime Minister of India‘s BJP was bowled lock, stock, and barrel by Ms. Mamata Banerjee, the Hon’ble Chief Minister of West Bengal. Modi and Mamata both are quintessentially charismatic politicians who are eloquent in their own signature style.

They both are mass leaders who can move their audience in their own favor at any time. But Mamata wins the high voltage match ultimately with a convincing victory of 213 seats. She bagged the sentiments of the people. People accepted her speech as more relevant and pragmatic than Modi. She made her hat-trick because of her brute majority by grabbing 48% votes of the total number of participant voters.

Her different indigenous popular roaring schemes like ” Sabuj Sathi “, “ Kanyasri“, ” Yubasri“, ” Gotidhara” etc. helped her to gain this absolute majority in power and administration. The “ Assembly Election of West Bengal 2021” was one of the highest voltage elections in 2021. The political battle between Modi and Mamata is always like the high voltage match between India and Pakistan cricket match.

Ms. Mamata Banerjee is overtly the only arch antagonist of Modi. This historical Assembly Election of West Bengal 2021 has somehow proved again that “ What Bengal thinks today, India thinks tomorrow“. “Khela Hobe” has become the cult word of West Bengal pre, during, and post-election. This song has almost become a state anthem of West Bengal and people enjoyed and danced a lot to the tunes of this song.

In every match, there are two persons- The”victor” and the “Defeated“. But this result was somehow unexpected even to TMC party workers. They themselves were in a big dilemma. They were predicted to reach 160 around.

But what could be the probable cause for reaching this colossal figure of 213? The simple answer is that the consolidated vote of people of West Bengal irrespective of religion, caste, and creed. People of Bengal had a fear psychosis. Why the BJP got stuck to 77 only? They expected to reach 200. Why were they decimated and defenestrated from people’s minds? They have got only around 38% votes from the total participants of voters. The reasons for this ignominious defeat of BJP are as follows:-

Around 34% of minority communities got very much scared for their own survival and existence in India because of the upcoming burning issue of ‘ NRC’ and ‘ CAA‘. As a consequence, the total vote went in favor of TMC. TMC supremo proclaimed that she is completely against NRC and will never allow implementation in West Bengal.

The senior citizens of West Bengal are no less in number. Their votes also favor TMC because the rate of interest in the bank and other small savings schemes in the post office is getting reduced every quarter every year. This is their only source of income survival. Even on the eve of the Assembly Election of Bengal 2021, the Modi government tried to dip the rate of interest further. It has become unbearable for those who have no fixed hefty pension facilities. This section of demography also felt vulnerable.

The lives of common men are also being tormented. The rate of interest in financial institutions is also going down. The source of income is getting shrunk. The daily price of petrol, diesel and other daily necessity products are skyrocketing by leaps and bounds. It becomes a headache for them to tackle this spiraling market price.

There was not as such worthy son or daughter of the soil projected face of Chief Minister in West Bengal from the BJP. People somehow did not accept and pin their faith and trust on those who are so-called big wigs of the BJP in West Bengal. This lack of adequate face crunch for the Chief Minister on behalf of the BJP might be the cause of enriching the vote bank of the TMC. This face crisis is also a kind of fear psychosis in the mind of the voters.

6. Fear Psychosis of the Youth of Bengal:-

They are scared of privatization. Moreover, Bengal is a place of love and romance. Yogi Adityanath, the Hon’ble Chief minister proclaimed during his political campaign that there will be an “Anti-Romeo ” squad to protect and ensure the free and safe movement of the girls and women”.

But they may be construed in a different way. They might have thought that the day of romance will be stopped as soon as BJP will be on the throne.

7. Fear Psychosis of the underprivileged people:-

The underprivileged people ( BPL cardholders) also voted against BJP because of their fear. They might get the benefit of cooking through Ujala gas but got no concession or subsidy while purchasing that gas. They had to pay equally what others were paying. This had become tough for them.

People of Bengal have already started getting the benefits of Sasthya Sathi health insurance cards all across India. There is a buzz in the air and the mind that although Central Government has issued Aayushman Bharat health insurance card, it has multiple constraints. Those who have any smartphone or cycle or colored television set, will not be entitled to gain the privileges of Aayushman Bharat card. The BJP didn’t divulge the truth very clearly so that people of West Bengal could pin faith and trust their card. But Sasthya Sathi is already proven.

The demography and culture of Bengal are poles asunder to other states like Uttar Pradesh or Madhya Pradesh. The Bengalis are intelligent and smart enough to resist the centralized power and know very well how to exhibit their democratic power. The Bengalis always believe in the united consolidated power democracy rather than muscle power.

Through their intelligentsia and ideology, they somehow beat any other race and ethnicity in the field of thoughts and creativity. Bengal is the fertile land where all the great stalwarts took birth and shouldered and represented India on the world stage. Democracy has ultimately won.

Now it’s up to the new Mamata Government to do something better for the public. The people of West Bengal are waiting to lap them as they have chosen their destiny by giving them full power to execute for the people, of the people, and by the people.

Hi! I am Indrajit Ganguly. People all across the globe know me by my professional nickname IG. I am a spoken English trainer in Kolkata and Blogger. I love to write blogs and articles that attract me.

17 thoughts on “Why has She made Hat-trick?”